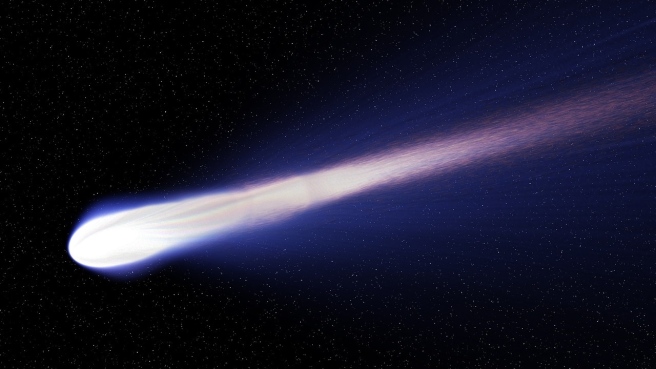 1986
“They’re turning off the street lights this week Grandma,” says Thomas, “so we can see the comet better.”

“Bloody council,” mutters Thelma. “We’ll be robbed in the dark.”

Thelma closes her curtains to the darkened streets and says to the shadows, “Seeing it once is enough.”

1910
Alice lifted Thelma from the cradle, at 4am it was pitch black outside, only the faint light of the candle flickered across her face.

“It’s the end of the world,” she whispered to her baby.

Outside she held Thelma up to the night sky. The blaze of the comet illuminated her face.

Annette Edwards-Hill’s flash fiction has appeared in Flash Frontier and is forthcoming in Bonsai: The Big Book of Small Stories (Canterbury University Press, 2018). She has been nominated for the Pushcart Prize and Best Small Fictions 2017.

2 thoughts on “What Comes Around Goes Around”